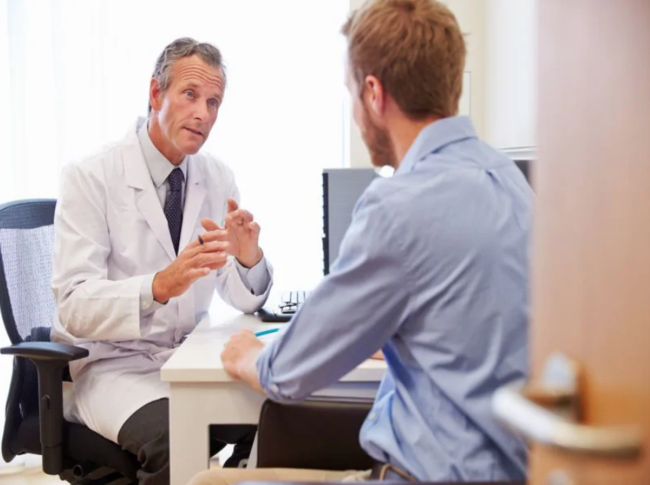 By Amy Norton, HealthDay ReporterWEDNESDAY, Sept. 26, 2018 (HealthDay News) -- A combination of two HIV-fighting antibodies can suppress the virus in some patients, even after they stop standard drugs, a preliminary trial has shown.Researchers found that among 11 HIV patients given the antibody combo, nine maintained complete suppression of the virus after going off their medication regimen. The benefit typically lasted about five months.

The hope, experts said, is that the therapy -- or others like it -- could one day free some patients from taking daily pills to control the AIDS-causing virus.The drug "cocktails" used to treat HIV -- what doctors call antiretroviral therapy (ART) -- have changed the face of the epidemic in countries where they are widely available.The drugs can drive HIV down to undetectable levels in the blood, making the disease a manageable chronic condition."The current medications are very effective," said Dr. Marina Caskey, one of the researchers on the new work. "They allow people to have long and healthy lives for the most part."However, she added, treatment is daily and lifelong. The drugs do not banish HIV, and if a patient stops taking them, the virus comes roaring back.Plus, Caskey noted, the medications carry side effects. Over the long haul, that includes increased risks of heart, kidney and liver disease, diabetes and bone density loss.So researchers are trying to develop therapies that can send HIV into remission for prolonged periods. With antibody therapy, the vision is to give patients an infusion every three to six months, explained Caskey, an associate professor at Rockefeller University in New York City.Specifically, research is focusing on "broadly neutralizing antibodies," or bNAbs. That means they neutralize multiple strains of HIV.Past studies have tested single bNAbs and found the tactic doesn't work for long."When you give one, the virus can escape and modify itself to become resistant [to the antibody]," Caskey explained.She and her colleagues reasoned that a two-pronged antibody attack would be more effective -- much like drug combinations work against the virus.So they tested a combination of two bNAbs in people described as "elite controllers." They have HIV, but their immune systems are able to control the virus without drugs.In one study, the researchers treated 11 patients whose HIV was under control with standard medications. Tests had shown that all appeared sensitive to the two antibodies.The patients stopped their HIV medication. Then, over six weeks, they received three infusions of the antibodies. Overall, the virus remained suppressed in nine patients -- typically for 21 weeks, though two went to at least 30 weeks.Two of the 11 patients, however, were found to harbor HIV that was resistant to at least one of the antibodies. Their viral levels rose within 12 weeks of stopping their medication.That is a critical point, said Caskey. People have to be sensitive to the particular antibodies used in the therapy, and not everyone will be.In a second study, the researchers gave the antibody therapy to four patients who had detectable HIV in their blood. They found the treatment lowered those levels for up to three months.The studies were published separately Sept. 26 in the journals Nature and Nature Medicine.Dr. Melanie Thompson is chair of the HIV Medicine Association. She called the new findings "exciting," but also said much work remains.Larger, longer-term studies are needed to see how often the therapy should be given, and how well it works over time, said Thompson, who was not involved with the new studies.Practically speaking, Thompson noted, the current testing used to predict patients' sensitivity to the antibodies is fairly complex."I think the testing will have to be refined and made more affordable," she said.As for side effects, Caskey's team said some patients had mild fatigue, but nothing more serious."So far," Thompson said, "the safety profile of these antibodies has been excellent."Caskey pointed to another question for future studies: Can antibody therapies, over time, spur the immune system to produce its own HIV-fighting antibodies, possibly reducing the need for treatment?"The new frontiers in HIV research involve looking at longer-acting treatments," Thompson said. "Can we have long-term viral suppression with as little drug as possible?"SOURCES: Marina Caskey, M.D., associate professor, clinical investigation, Rockefeller University, New York City; Melanie Thompson, M.D., chair, HIV Medicine Association, Arlington, Va.; Sept. 26, 2018, Nature, and Nature Medicine, onlineCopyright © 2018

Here are some question-and-answer threads from myHIVteam:

• What is the longest you have gone without taking your medication? Any change in health or CD4 count?

• Besides taking your HIV regimen religiously every day, do you tend to lag behind on any other medications you take?

Here are some conversations from myHIVteam:

• "Struggling with balancing life as a new mom/single mom and remembering to take care of myself. I find myself forgetting to take my medication at times or taking it later than I usually do."

• "On vacation for a few more days, all is good though trying to remember to take medication with the time difference was challenging."

What do you think about this potential HIV treatment? Share in the comments below or directly on myHIVteam.

I would like to know how to get this treatment

Healthy Diet and Nutrition in HIV

Good nutrition plays an important role in maintaining your quality of life and supporting your...

Healthy Diet and Nutrition in HIV

Good nutrition plays an important role in maintaining your quality of life and supporting your...
read article >