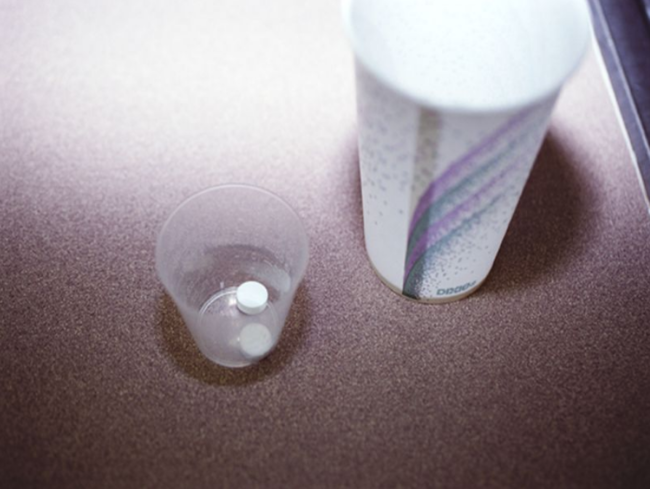 THURSDAY, Aug. 16, 2018 (HealthDay News) -- HIV, the virus that causes AIDS, is typically a manageable infection, but medications that keep the virus at bay don't work for everyone. Now, researchers have developed a new medication to help them.

The U.S. Food and Drug Administration approved the drug -- ibalizumab (Trogarzo) -- in March. Phase 3 trial results were published in the Aug. 16 issue of the New England Journal of Medicine.
"For those who have exhausted their current [drug] regimen, we now have another hope," the study's senior author, Dr. Stanley Lewis, said of the new drug. He's chief medical officer for TaiMed Biologics, maker of the drug and sponsor of the trial.

"HIV is probably the most dynamic pathogen in medicine. It's been a challenge to stay one step ahead of it," Lewis said.

The new drug is called a monoclonal antibody. It works by binding to receptors on CD4 cells. (CD4 is a type of immune system cell also known as T cells.) This blocks the virus from entering CD4 cells.

In an editorial accompanying the study, the FDA's Dr. Virginia Sheikh and colleagues wrote that "patients with multidrug-resistant HIV infection are at risk for illness and death because of their limited remaining treatment options."

Because of these serious risks, the FDA allowed a streamlined clinical trial of ibalizumab.

The study included 40 adults with multidrug-resistant HIV-1 infection. More than half had been treated unsuccessfully with a median of 10 drugs.

The researchers observed for a week how well the study participants' current treatment regimens were working. Then they added ibalizumab. Eighty-three percent saw a reduction in the amount of HIV in their body (called "viral load"), the findings showed.

After the first week of ibalizumab, participants were given the drug once every two weeks for 25 weeks. Their drug regimens also were optimized to ensure they were getting at least one drug that the virus was sensitive to, according to Lewis.

At week 25, the drug successfully reduced patients' overall viral load. In fact, almost half had viral loads that were considered undetectable.

However, the drug did have side effects -- some serious.

One patient had "immune reconstitution inflammatory syndrome," or IRIS, which Lewis described as an immune system overreaction. HIV hampers the body's ability to respond to infections. With IRIS, that immune system response is out of balance and causes inflammation, he said. This side effect is temporary.

Four patients in the trial died; their deaths were believed to be related to the underlying HIV infection.

Sheikh said the FDA will continue to monitor side effects, and update safety information on drug labels as needed.

Both Lewis and Sheikh said it's possible that HIV will eventually develop resistance to ibalizumab, too.

Lewis said he doesn't know what the drug costs, but said it was expected to be in line with other monoclonal antibodies. He added that it would likely be cheaper than some other drugs in that class.

Here are some questions and conversations from myHIVteam:

• How do any of you manage to stay on medication and take them on time?

• How is exercising with HIV or while taking ART?

Has antiretroviral therapy helped you successfully reduce your viral load?
Share in the comments below or directly on myHIVteam.

This Article Proves That AIDS is Still an On Going PROBLEM. Even with All these New fandangled Drugs, this Virus is STILL Deadly. I have changed ART… read more

posted about 2 years ago

What are you thankful for?

HIV Member Spotlight: On the Bright Side

HIV Member Spotlight: On the Bright Side

Article written by Sarah Winfrey Maintaining a healthy weight after being diagnosed with HIV can...

Article written by Sarah Winfrey Maintaining a healthy weight after being diagnosed with HIV can...
read article >

Canceling Is Kindness: Keeping Safe From COVID-19 With HIV

Article written by Kelly Crumrin According to Harvard Medical School, some people living with HIV...

Canceling Is Kindness: Keeping Safe From COVID-19 With HIV

HIV-1 Drug Resistance: What You Need to Know

Article written by Nyaka Mwanza When a person has drug-resistant HIV, one or more HIV medications...

HIV-1 Drug Resistance: What You Need to Know

Article written by Nyaka Mwanza When a person has drug-resistant HIV, one or more HIV medications...
read article >

Article written by Nyaka Mwanza What Is Lipohypertrophy?Lipodystrophy syndrome is an abnormal...

Article written by Nyaka Mwanza What Is Lipohypertrophy?Lipodystrophy syndrome is an abnormal...
read article >

Article written by Kelly Crumrin HIV is a virus that attacks the immune system. If HIV is not...

Article written by Kelly Crumrin HIV is a virus that attacks the immune system. If HIV is not...
read article >

Article written by Kelly Crumrin The symptoms of human immunodeficiency virus (HIV) vary with the...

Article written by Kelly Crumrin The process for diagnosing HIV involves one or more blood or...

Article written by Kelly Crumrin The process for diagnosing HIV involves one or more blood or...
read article >

Two Ways to Get Started with myHIVteam

Connect with others who are living with HIV. Get members only access to emotional support, advice, treatment insights, and more.

Get the latest articles about HIV sent to your inbox.

close
ABOUT HIV DIAGNOSIS CAUSES STAGES AND SYMPTOMS TREATMENTS RESOURCES
New to myHIVteam? Learn More
Quick Links
Q+A Treatments A-Z Resources Are you a provider? Crisis
About Us
What is myHIVteam? Partner with us Terms of service Press/News Privacy policy Cookie policy
Help With This Site
Getting started FAQ Community guidelines Contact us