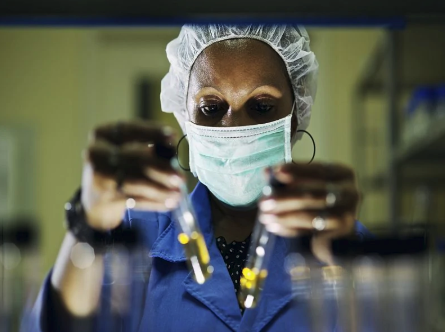 By Alan Mozes, HealthDay ReporterWEDNESDAY, Jan. 3, 2018 (HealthDay News) -- Gene therapy may have the potential to eradicate HIV in people infected with the virus, new animal research suggests.The science centers around the use of "chimeric antigen receptor" (CAR) genes. In laboratory work with monkeys, these engineered cells have destroyed HIV-infected cells for more than two years, scientists reported.

"Theoretically, the goal is to provide a lifelong immunity to HIV," said study co-author Scott Kitchen, of the University of California, Los Angeles, School of Medicine."We're aiming for a cure," he said. "And we know that to cure HIV you need an effective immune response, which is what we're seeing here." Kitchen is an associate professor of medicine with the division of hematology and oncology.Scientists have been searching for a way to create long-term immunity to HIV, the AIDS-causing virus. Currently, antiretroviral therapy is prescribed to keep HIV under control, but this doesn't eliminate the virus from the body.Kitchen explained the new strategy this way: "In terms of basic immunology, T-cells are the cells that are largely responsible for our ability to fight off pathogens and get rid of infections in the body. Malignancies. Anything abnormal."Every T-cell has a unique receptor, or molecule, on it. That receptor allows the cell to recognize a specific target -- a bacteria, or fungus or virus. And when it recognizes that target, it's called into duty to clear it from the body," Kitchen said."What we've done is to take artificial receptors -- or CAR -- that can go on to these cells and allow them to recognize what we want them to recognize," he noted. "In this case that's HIV."The goal is to develop "a reverse vaccination, in which we engineer an immune response to target HIV," he added.The concept of engineering chimeric antigen receptors dates back about 20 years, according to Kitchen. And CAR T-cell therapy has been touted as a treatment for a range of cancers."That's a good thing, because it means we already know it's safe," he said.What's new is the research team's dual use of stem cells and CAR to target a form of HIV.First, the team genetically engineered CAR to find and bind to simian/human immunodeficiency virus (SHIV), a lab-engineered HIV hybrid composed of human virus and monkey virus.Then the researchers modified the DNA of certain blood-forming stem cells so they would carry SHIV-killing CAR.The resulting cells were introduced into the bloodstream of four male juvenile SHIV-infected macaque monkeys.The engineered cells successfully took up residence in each monkey's bone marrow. The cells moved widely throughout the body, targeting and killing SHIV-infected cells, without producing any notable adverse side effects, the researchers reported."The advantage of the stem cell-based approach is that once these cells are grafted into the body, they continuously produce new T-cells that have this gene in them that can target HIV cells," Kitchen explained.Plans are underway for a human trial, which should get going within two to three years, Kitchen said."There is, of course, a big leap to be made when you go from animal studies to human studies," he cautioned. However, "this study shows both that these cells will respond to HIV and that it's safe."Also, this strategy is unlikely to fully work on its own, Kitchen added, noting that "HIV is highly complex. So there's not really going to be one silver bullet."Kitchen said CAR will most likely need to be used alongside antiretroviral therapy.Marcella Flores is associate director of research for amfAR (The Foundation for AIDS Research), which helped fund the study. She expressed both enthusiasm and caution."CAR therapy is already leading to impressive results in cancer and holds promise for HIV eradication," she noted.However, Flores stressed that the current study conditions "do not represent 'real life' conditions." While these monkey studies have important implications for human outcomes, she said the results in humans may be quite different.The study results were published in the Dec. 28 issue of PLOS Pathogens.SOURCES: Scott G. Kitchen, Ph.D., associate professor, medicine, division of hematology and oncology, David Geffen School of Medicine, University of California, Los Angeles; Marcella Flores, MPH, Ph.D., associate director, research, amfAR (The Foundation for AIDS Research), New York City; Dec. 28, 2017, PLOS PathogensCopyright © 2018

Are you optimistic that there could be a breakthrough in HIV treatments in the coming years? Share in the comments below or directly on myHIVteam.

Acceptance: Realigning Expectations and Extending Grace to Ourselves

If you’ve been diagnosed with HIV, you may wonder how drinking could affect your health or...

If you’ve been diagnosed with HIV, you may wonder how drinking could affect your health or...
read article >